Hybrid Inc. is a strategy game where the player controls theme park with hybrid animals. Now it's in a prototype phase and I'm doing it in Unity. Here are the first thoughts. 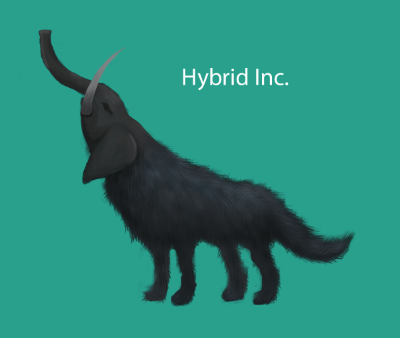 Initially the idea of a game came to me during Github Game Off 2018 game jam, that took place from November 2nd to December 2nd, 2018. I didn't have time to work on it during the jam, but during the next months, I returned to the concept many times. And the more I thought about it, the more I liked the idea. In my opinion, it has great potential for a big game. The only game I could remember with hybrid animals was Impossible Creatures, so the setting is not common.

I was interested in game development at the dawn of my programming career. I used to work with DirectX 9. But then I've chosen another path and for many years I didn't return to it. Last three years I've participated in startup and since the end of 2017 I've thought about my own project.

Initially, I planned Hybrid Inc. as pixel art game, but quickly enough it transformed to 3d. The graphical side was always a problem for me. Many projects died because of it. I don't have enough money to pay the artist and the projects that started on cooperation quickly vanished. So in August 2018 at the age of 31, I've started to draw. And in January 2019 I've started 3d modeling. In this blog and on youtube channel I'll post my progress in art.